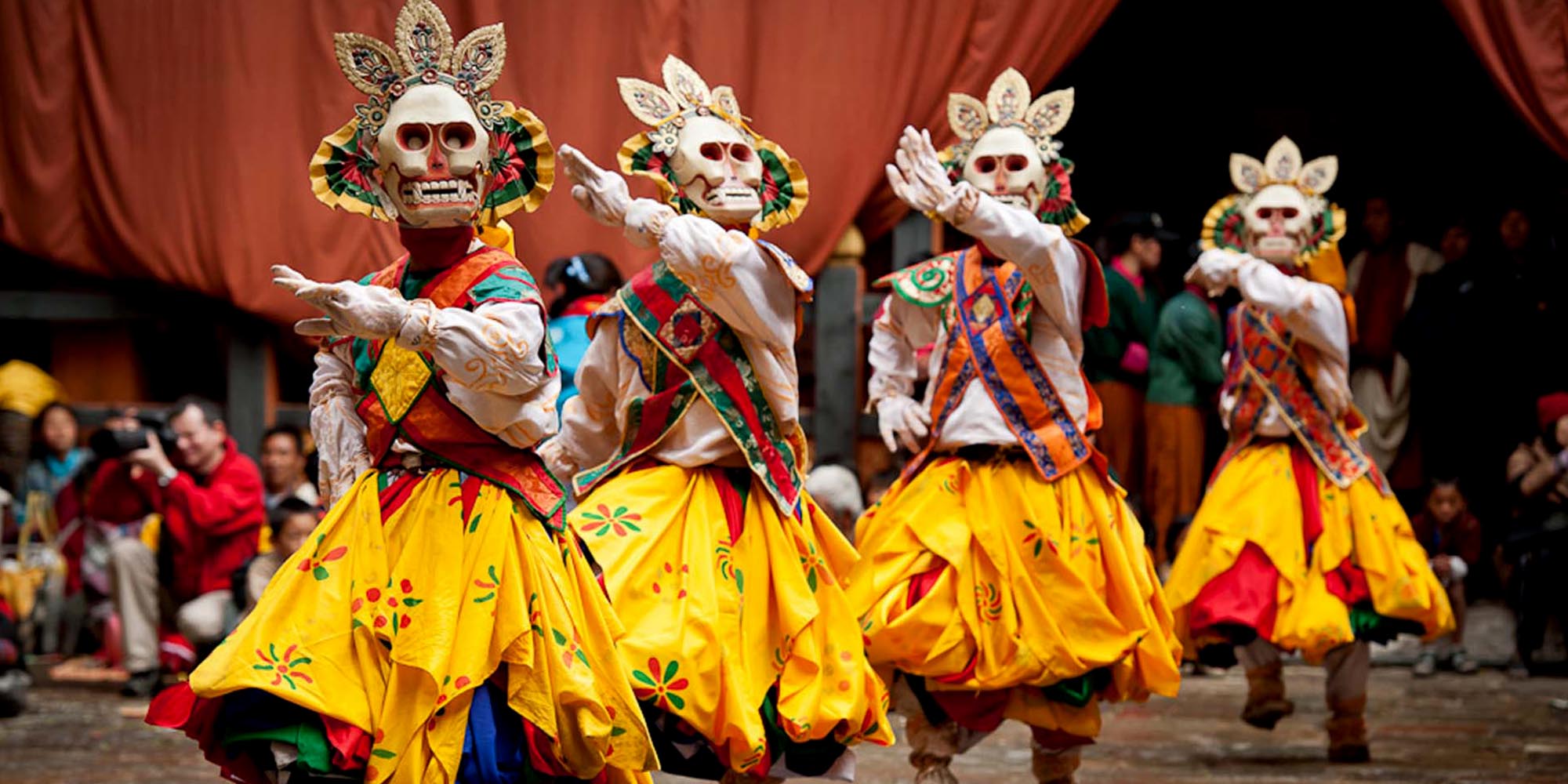 The Tshechu is a religious event celebrated on tenth day of a month of the lunar calendar corresponding to the birthday of Guru Rimpoche (Guru Padmasambhava). However the exact month of the Tshechu varies from place to place and temple to temple.
Tshechus are grand events where entire communities come together to witness religious mask dances, receive blessings and socialize. In addition to the mask dances tshechus also include colorful Bhutanese dances and other forms of entertainment.
It is believed that everyone must attend a Tshechu and witness the mask dances at least once to in order to receive blessings and wash away their sins. Every mask dance performed during a Tshechu has a special meaning or a story behind it and many are based on stories and incidents from as long ago as the 8th century, during the life of Guru Padmasambhava. In monasteries the mask dances are performed by monks and in remote villages they are performed jointly by monks and village men.
Two of the most popular Tshechus in the country are the Paro and Thimphu Tshechus in terms of participation and audience.
Behind the scenes, the monks prepare themselves for weeks ahead of the festival, involved in deep prayer and meditation prior to the festival. The monks perform special masked dances that are inspirations of enlightened beings in history; and the Bhutanese believe that watching these mystical dances is essential to gain enlightenment.
All Bhutanese try to attend a festival at least once in a lifetime, and for many, it is an important annual affair where they consider it a blessing to be able to watch the dances. Apart from the monks, community dancers also participate in the local festivals.
People’s deep faith and devotion make these festivals a special occasion. At the same time, it is also an opportunity to join hundreds, and even thousands, of Bhutanese in taking part in an important religious and social occasion that often exudes a carnival atmosphere. 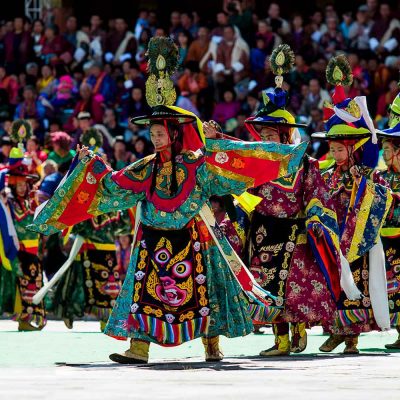 Paro Tsechu is one of the most popular festivals in Bhutan. Featuring dances performed by trained monks and laymen in… 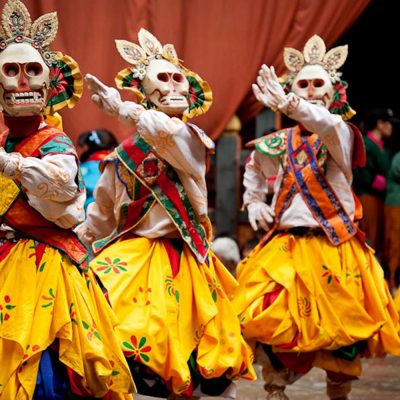 Discover the rich pageantry and festive atmosphere of the Jambay Lhakhang Drup Festival set in the Bumthang Valley, Bhutan’s spiritual…